1. Speciation – this is the evolutionary process that generates new biological species. Our lab looks at the role different evolutionary forces play in generating the evolution of species. This includes studies of the role that natural selection and genetic drift play in generating divergence, especially in the face of gene flow, which should work against these forces to homogenize populations. More recent work has also looked at genome-level phenomenon that may influence the process of speciation. 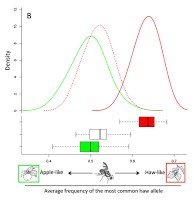 2. Ecological specialization – The vast majority of plant-feeding insects are ecologically specialized, but why should a species shun most available resources and evolve to use just a few? Many hypotheses have been offered as potential explanations for the existence of such ecologically specialized taxa and especially for their predominance among herbivorous insect species. These hypotheses invoke chemical coevolution, tradeoffs, the exploitation of enemy-free space, escape from interspecific competition, the capacity to reliably find mates at habitat-specific sites, and constraints on information processing.

3. Multitrophic interactions centered on plant-feeding insects – Herbivorous insects are one of the most species-rich groups of organisms on the planet. Our group incorporates detailed observations from the field, behavioral assays in the lab, and genetic work to clearly elucidate these complex interactions. Current work investigates the molecular basis of herbivore manipulation of its host plant and eco-evolutionary dynamics between herbivorous insects, their host plants, and the associated predators, mutualists, and endosymbionts. 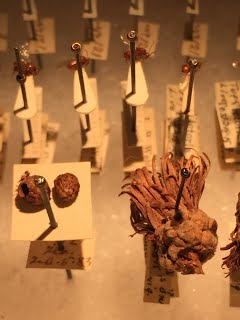 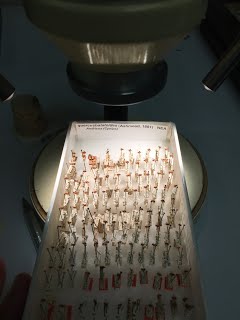 4. Applied conservation genetics and environmental DNA – Effective management of rare species, such those that are endangered, threatened, or in decline, or invasive species at the beginning of a new invasion, requires detection of populations at low densities. However, detection probabilities for rare species are typically low. This is especially true in aquatic environments where organisms are hidden beneath the water’s surface. Although aquatic environments often pose huge logistical challenges for sampling rare species, species surveillance using environmental DNA (eDNA) uses an advantage of aquatic environments: the aqueous environment often keeps microscopic bits of tissue from target species in suspension in the water column. We are applying this eDNA surveillance to many unique problems, including the detection of the endangered Houston toad and the detection of aquatic invasive organisms in Texas and in the Great Lakes. In addition, we are expanding from targeted individual detection to a metagenetic approach that will allow us to monitor entire communities of organisms and we are collaborating with engineers and physicists to develop detection technologies that work in the field.